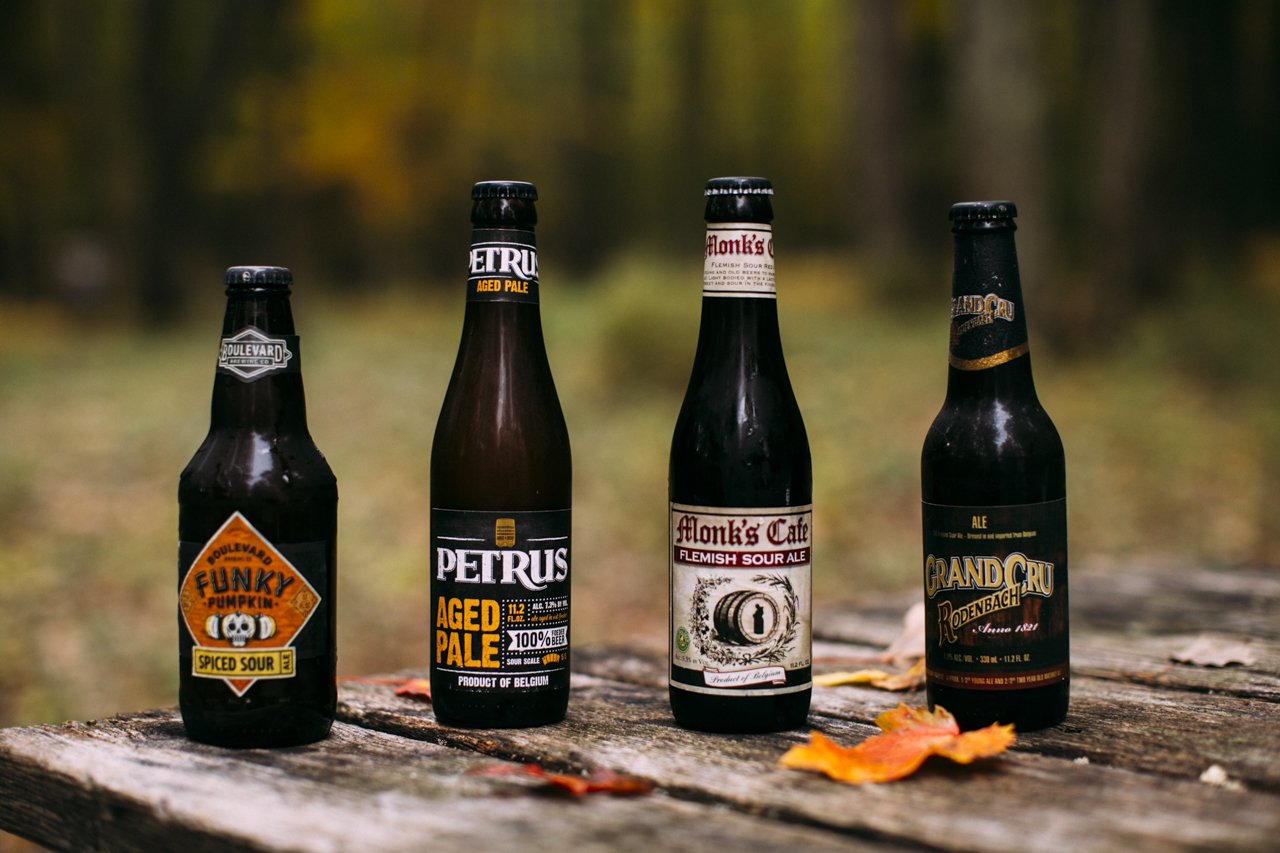 Before my first sip of a sour beer, I usually ordered wine or a cocktail. I considered myself one of those people who just didn’t like beer. The taste of hops was adverse to my palette, but it’s often found in a lot of beers as a stabilizing agent and it lends a potent flavor. It wasn’t until I tried sour beers that I started to really enjoy drinking beer. Crisp Autumn days are perfect for a tart sour, so if you’re interested in try this style of beer, here are four to get your started. 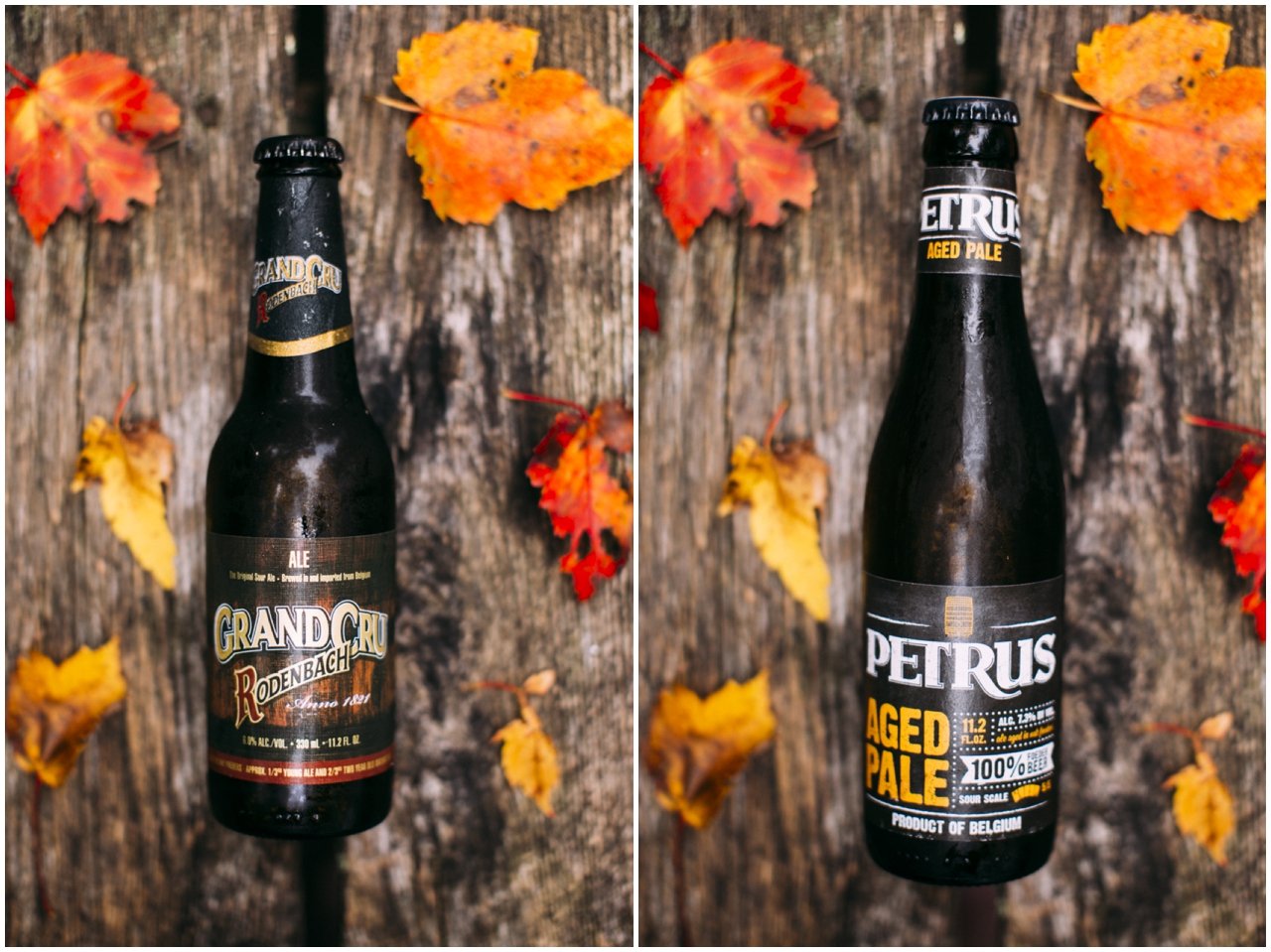 The Rodenbach Brewery was founded in 1821 in Belgium and is most noted for their sour ales in the flemish red style. The Grand Cru is the smoothest of the beers on this list and is a favorite I return to again and again. It’s a blend of 1/3  young beer and 2/3 beer aged in large oak vats for 2 years. A sweet smokiness with notes of cherry, nutmeg, dates, cloves and molasses.

This beer was actually the very first sour beer I ever had. It was my gateway drug that sparked my obsession, and endless thirst, for sour beers. Also brewed in Belgium, this crisp sour ale is made by the De Brabandere Brewery. A pale shade of gold, it blends the tartness of grapes, apples, and pear with zesty orange and a malty finish.

One thing I love about this beer, besides the taste, is that it is made by Monk’s Cafe right here in Philly. There are so many great breweries in the Philadelphia area and this is just one example. Named as one of the top 100 beer bars, Monk’s is an iconic Belgian beer emporium. This tart sour ale is a deep red in color, with sour notes upfront and a creamy malty finish. 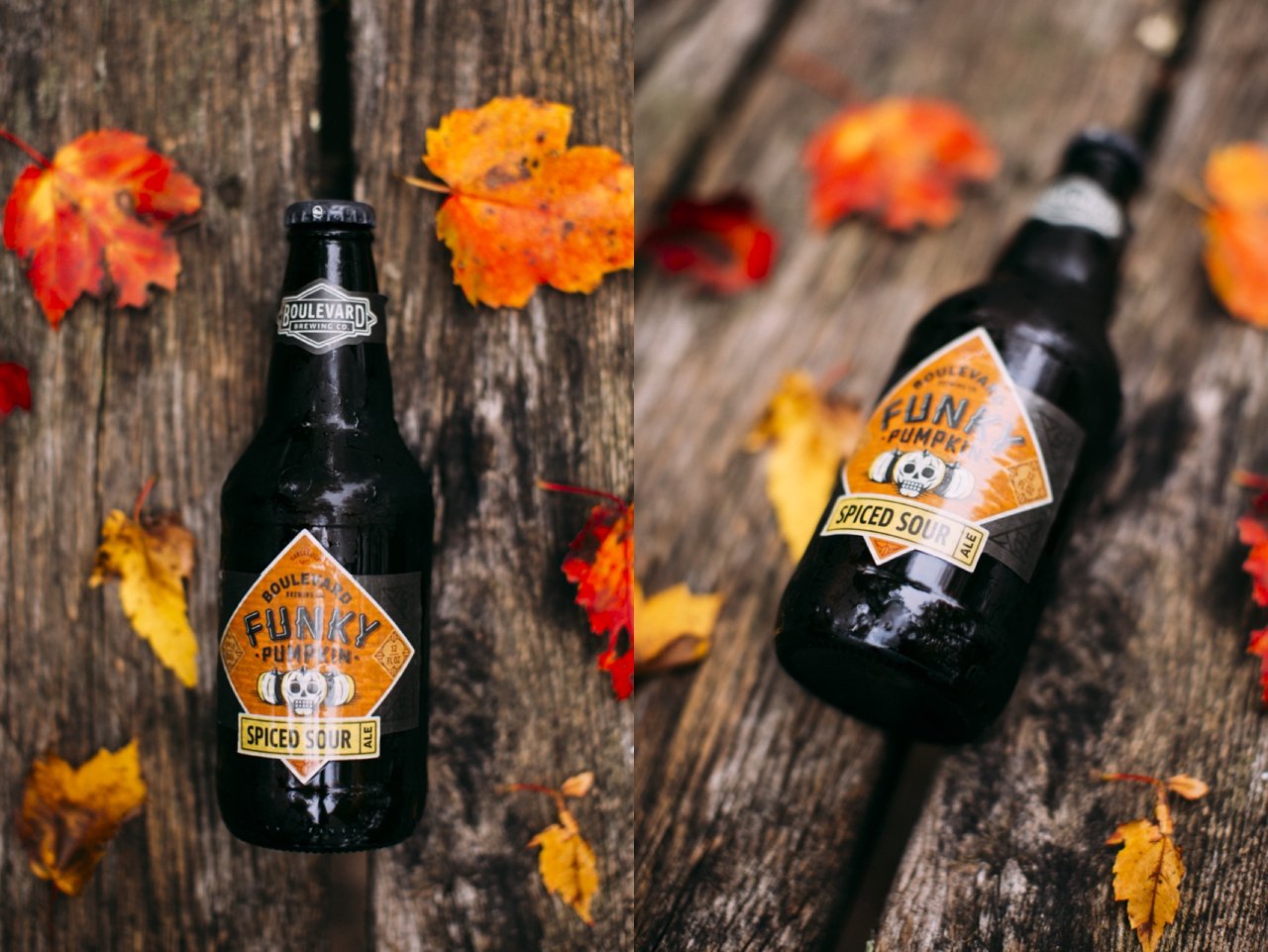 Pumpkin beer is a seasonal favorite, but it wasn’t until I tried this pumpkin sour by Boulevard that I got on the pumpkin bandwagon. Boulevard did a great job with balancing all the flavors – not too much pumpkin, with just the right amount of spice (cinnamon, allspice, nutmeg, and ginger). Several of my friends who also aren’t fans of typical pumpkin beer also enjoy this one.